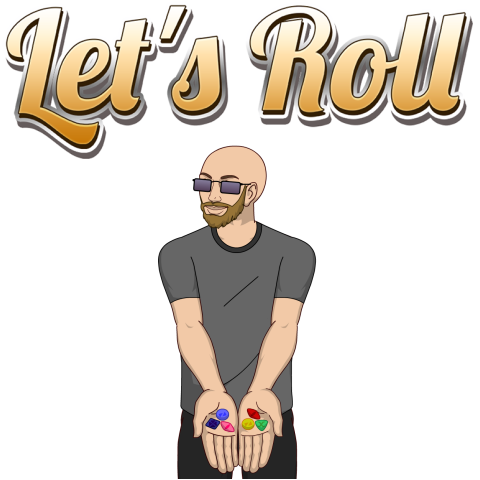 My buddy sent me this “Let’s Roll” Bigbadmoji. Danny Brown was doing a show sponsored by Heineken and Vitamin Water at a small one-off venue in Detroit. I’d already planned on going with a few friends and met up at one of their apartments to pregame. Heineken is awful and Vitamin Water sure doesn’t get you turned up and I was trying to turn up.

We were crushing beers and the buddy who sent the Bigbadmoji busted out these little green pills. Bottoms up!

These weren’t your typical e tabs these were 2C-B pills. I’d have appreciated a little heads up before partaking in that experimental shit. The world started breathing and leaving trails fast. Somehow I ended up being the one to drive us down to see Danny Brown. He was dope and I had an amazing time. Leaving the show shit got weird. I was a little turned around and more than a tich weirded out and really struggled getting us back to the vehicle.

Then having not planned to drive down I hadn’t gassed up before heading to the show and I realized I was totally on empty. That was the scariest drive out of the D as not only could I almost not find my car but I almost had us stranded downtown running out of gas. Don’t drop before planning out the night, particularly when it’s the weird shit.