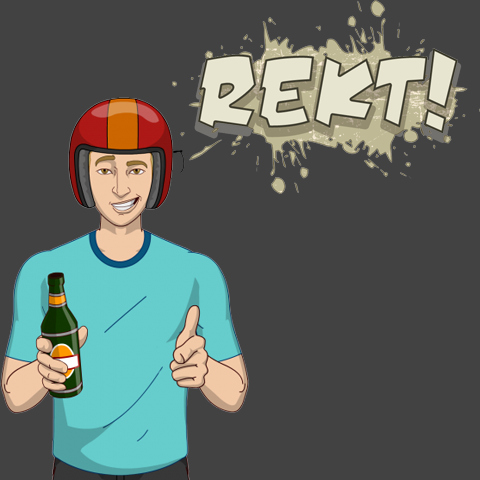 I have to tell you about last year’s Super Bowl party. Our company CEO threw it at his huge house, and there were probably like 40 or 50 people there. Everyone was having a great time, chatting it up and drinking.

Well as the night progressed a good amount of people started getting pretty drunk and the CEO being a very festive guy was handing out shots all night. One of the new hires got way too drunk way too fast and he ended up throwing up on the back patio. People around him start freaking out of course and our CEO caught wind of what happened. Needless to say I don’t think anybody was prepared for what was about to take place.

He walks up to this new guy and told him if he eats that puke off the ground, he’ll pay him $100. I was pretty close by and I actually watched the new guy sit there for a couple of seconds considering the proposition. I would assume that the lady behind him with the look of concern was his wife or girlfriend. She had one horrified look on her face! So the new guy turns to the CEO and said “I’ll do it for $1,000”. Our CEO whipped out $1,000 in cash cause I guess that’s how he rolls, and all of a sudden a spoon comes out of nowhere. The new hire proceeds to eat his own puke off the ground while the crowds going wild. The CEO then tells new guy he would have paid him $10,000 to do it lmao

Here is the worst part. When Monday came around the CEO fired him because he wasn’t a good fit for the company. So if someone ever tries to pay you to eat puke off the floor, be sure to have someone who is sober negotiating for you I guess. I’m about to throw up just remembering this party. BTW the morning after the party I sent the new guy this “REKT” Bigbadmoji as a reminder that we did not forget what his gross ass did the night before. It’s his mirror image and I’m glad Bigbadmoji was there to help me remind him of what I’m sure was a night he barely remembers but will never forget.