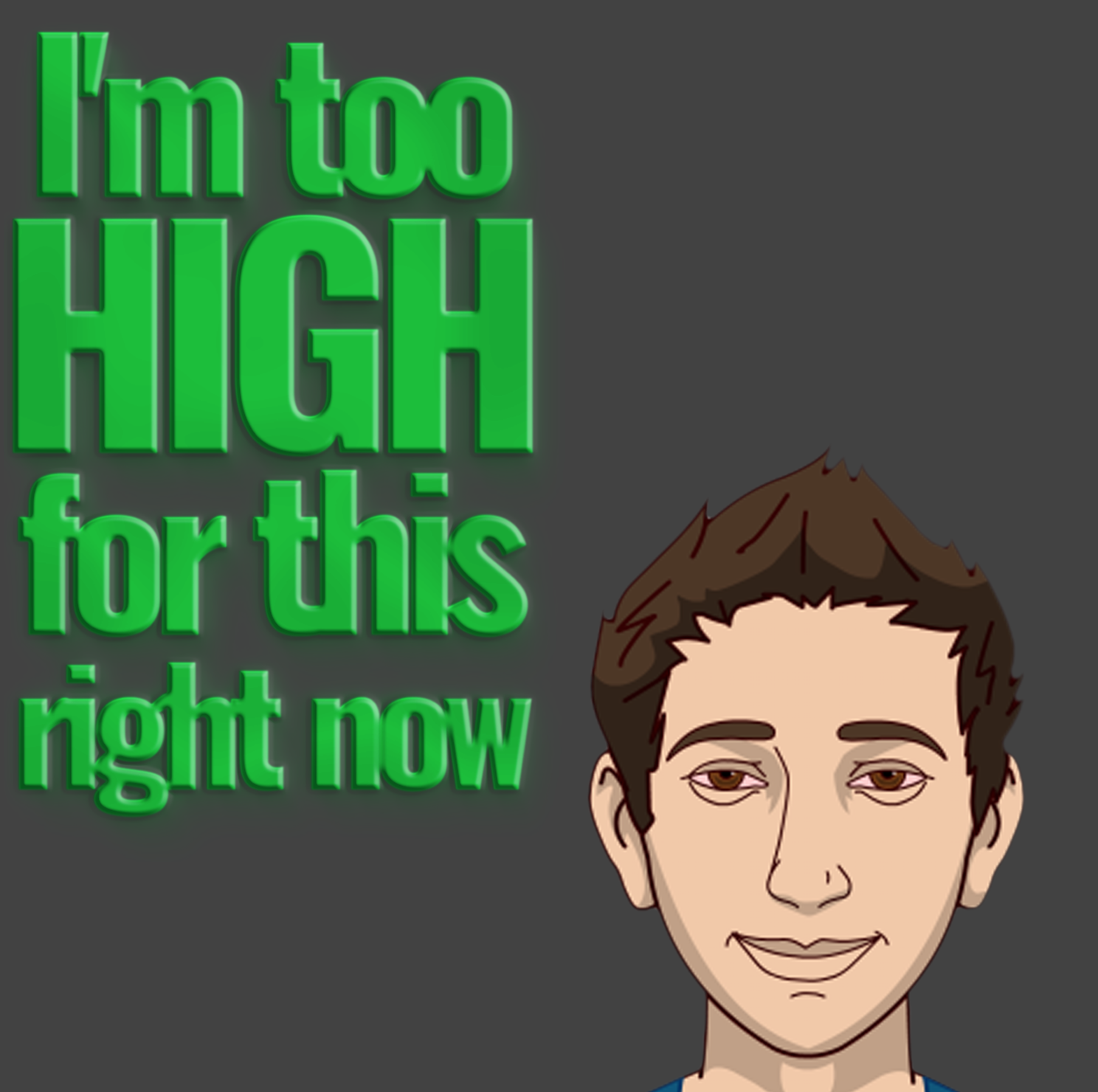 The first time I got high was a crazy experience for me. This was in California, in the city of San Clemente. My buddy Pat was the one that brought the weed. We had a bowl that he made out of aluminum foil, and he had some Mexican brick weed with stems and seeds in it. Knowing what I know now, that weed was trash but it sure seemed to do the job that first time!

It was approaching evening and it was starting to get dark. We posted up in a desolate area of the hill and Pat began packing that strange aluminum foil bowl. I had no idea what to do so I just followed his lead. I took 5 or 6 pulls of that bowl and got really stoned. It could have had something to do with the fact I have asthma, so I was coughing a lot during the smoke session. I quickly realized I was fucked, because I had to go back to my house, and my mom was there. I was in a real predicament and wasn’t sure what to do. My plan was to enter the house nonchalantly, and head to my room for the night. That plan quickly went to shit as soon as I walked in the house. I started coughing uncontrollably for some odd reason. My throat and mouth were super dry and I needed water. Plus I saw all the food my mom cooked up for company previously still sitting on the counter. I HAD to eat something, holy shit I was starving!

As I was straight shoveling food in my mouth my mom appeared out of nowhere like a ghost. She said, “Oh, you’re sure are eating a lot!”. I swear she had to know I was stoned. I felt like I was getting “The look”. Then I saw her expression change from inquisitive to concerned. Then from concerned to realization. Then realization to anger. She looked me in my eyes and said to me “Your smoking that paca Lolo huh!”. She then muttered a bunch of Filipino cuss words and walked away in disdain. Before I went to my room in defeat I thought to myself, I’m too high for this right now! As a fan of the Bigbadmoji.com app, I have to say I was overjoyed when I saw “I’m too high for this right now” in the list of choosable text. I use that one a lot! I guess I’m now what you would call a Pothead. But I don’t give a shit! It’s legal now in Michigan so deal with it!