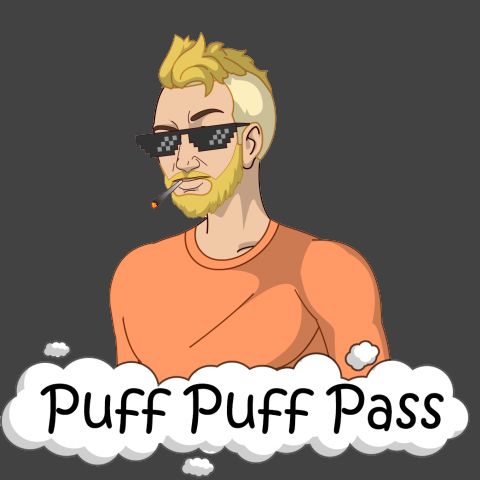 Sup everyone! I have a smoke out story that starts off pretty standard. It was evening so most of my squad was out of work and ready to bust out some PUBG or Fortnite. We smoke some big weed so everybody brought some personal to throw in. We smoke everyday, multiple times a day, almost all day long. Most of us have jobs that are weed compatible which means not around a lot of customers and minimal social interactions. Back to the story, my apologies cause I’m stoned out right now writing this.

The plan was simple and we got right to it. Break up our weed, roll the shit up and start smoking the fuck out. We usually shoot the breeze and talk about our strains and shit like we went to weed college, but we were in a hurry to get our game on. I REALLY wished we talked a bit before smoking down. I don’t know what kind of sick and twisted combination of weed-related products created this situation but what a shit show!

First of all, this was a five homie cypher. I repeat, FIVE. I rolled a phat joint. Apparently, somebody had three pre-rolls and decided to throw them in. And apparently, they were packed with keef and top notch bud. I guess my other homie dabbed a bunch of concentrated resin type shit all over the shit he rolled. As always my homie Charlie rolled a blunt and I can’t remember who else chipped in what.

We spark up and start smoking and choking. We start conversating about our conspiracy theories and paranormal shit. Kind of ironic because this cypher got paranormal real quick! As we were talking I started noticing I couldn’t get a fuckin word in cause I was constantly taking a hit, coughing or passing something to my left. And then I noticed I was passing shit to the right too. And then I noticed EVERYONE had two fucking joints. Or a joint and a blunt. Or a blunt and a blunt. It was out of control. What the fuck! Five homies in my cypher and somehow there are like ten fucking twigs getting passed around frantically. I stopped the cypher and was like “Yo!!! What the fuck man, we got mad joints lit right now, what the hell?!”. That’s when my homie Chris mentioned his “special” joints. And that’s when Jay mentioned the resin shit he laced his joint with. I knew at that moment our plans for the day were fucked. Needless to say, nobody left the house till about midnight. I have no recollection of playing Fortnite. I woke up at 11pm to loud ass music and my homies eating all my food in the kitchen.

Apparently, I lost memory not too long after my “What the hell!” statement. They were telling me I freaked out. I thought I broke my neck or something. I thought Chris was Jesus too and spent an hour kneeling beside him holding his leg asking for forgiveness. In my defense, he had a long ass beard and threw out a lot of Jesusy vibes. They also said I spilled a beer all over myself, fell on my ass going down the stairs and told everyone I was going to die. And they took video of me falling down the stairs and freaking out with my “Going to die” rant. In the background you can hear Chris yelling “Worldstar!”

I now have PTSD. Post Traumatic “Strong Ass Weed” Disorder. And all my homies keep sending me are these fucking Bigbadmojis with some admittingly funny text. These Bigbadmojis haunt my text messages constantly reminding me of that one night I was a complete dumbass. I hate this “Puff Puff Pass” one though. That one cuts deep!

I audit cyphers now like the IRS. Counting joints, asking everyone what kind of shit they laced with. You guys turned me into this. Suck my balls Chris! And by the way your not Jesus. Your Satan!