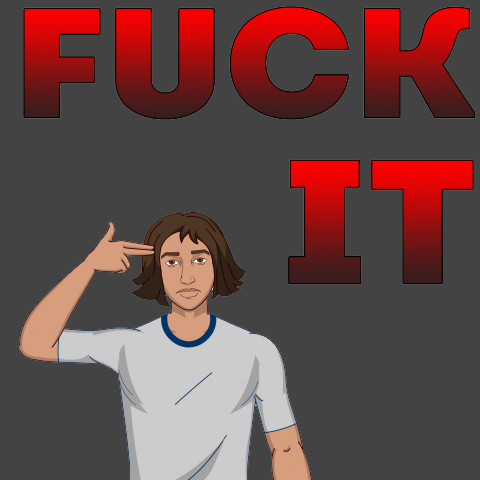 It was my first time visiting the amusement park alone. After all, I had already bought the ticket and made plans to go with Debbie, my girlfriend, but something unfortunate had happened the night before.  It was totally my fault. We had gone out with some friends and had a little too much to drink, so I mistakenly uttered my intention to break up with her at the amusement park. As I said, it was my fault. I was no longer feeling the relationship but I could tell Debbie was still very much into it so I thought I’d make her day and break the news.

I stood alone amidst the crowd of people walking around as a couple or as a family. Everyone was holding on to something or someone. Even the kids had lollipops and balloons in their hands. The atmosphere was beginning to feel tight and I was beginning to feel awkward where I stood. I looked around for the perfect place I could blend into without losing face when my eyes glanced at them. I immediately looked up at her face and she was gorgeous. She had on a black jean jacket and underneath it was a black single which exposed her cleavage. A small boy who looked to be 8 years old, tugged at her arm and pointed to the other side of the park where balloons were being sold. I genuinely hoped and prayed that the boy wasn’t her son, and he wasn’t. I walked to them and approached them with a grin. I took another glance at her boobs as I immediately turned my attention to the boy. ‘Oh you want a balloon,’ I asked and the boy nodded. She had a smile on as I turned my attention to her and said Hi. We talked for a bit during which she told me the little boy was her brother. We then headed to the stall where the balloon was being sold. There were a few families in the queue before us, so I thought it was a good opportunity to ask for her number. I turned to her to talk but I was cut short when she immediately asked if I could watch with her brother while she goes to pick up a friend to join them. Having another friend to keep her brother busy was a good idea I thought as I stood firmly in the queue with her brother by my side, and a smile on my face. At this point, I was glad to have broken up with Debbie the night before.

She got back right after we had gotten the balloon with a guy who had the body of an athlete. I tried not to read any meaning to it but she immediately introduced him as her boyfriend and I ended up spending the day babysitting her brother so she could have fun with her boyfriend. So when my friend asked me how my day went at the amusement I simply said; Fuck it.