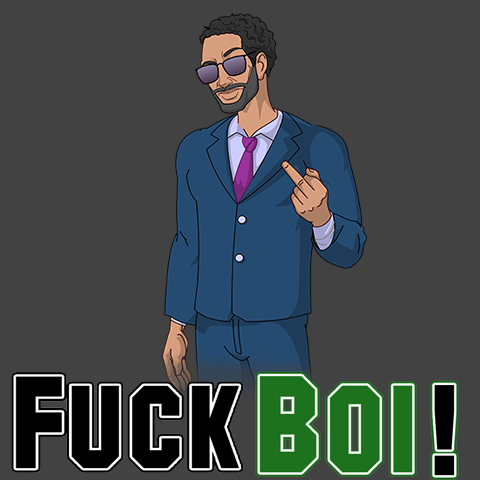 Revenge on a Fuck Boi

There is this dude I know from Michigan State University who is a real prick. I was hanging with my boys cruising around taking it easy for the day. We were waiting on a red light and I was in the backseat. This douche bagel previously mentioned pulls up to the intersection and apparently decided this was the day to talk mad shit. The back windows were tinted so I knew they didn’t know I was in the car, plus nobody said my name. I made a note of that to myself because I was more than annoyed. I’m far from a bitch, but I’m pretty relaxed so I’m not known around my way as an ass-kicker. I figured I would take a more creative route for revenge since I didn’t need any heat in the last week of college before I wrapped up.

This asshole had another year left so I figured I would make my revenge something memorable.  I knew he was having an end of school year type house party in about a week so I had time to figure out a quick plan. It wasn’t very elaborate, I just needed to have a general idea of what I was going to do. So the day of the party I opened up about 10 cans of tuna and dumped each can into a Ziploc bag and of course, close it back up. I also bought two half gallons of milk and put all this in my backpack. I knew some people at the party so I walked up to the house said what’s up and held up a 12 pack of beer and a bag of weed. I knew his friends wouldn’t recognize me from that debacle at the red light from last week.

No problem getting in the house. It was pretty dark as it was night time and there were not a lot of extra lights in the house. I socialized a bit and then hit the bathroom., I took half the stuff out of my backpack and put it in the front pocket of my hoodie. I basically walked around the house and when nobody was looking poured milk along the edges of the carpet anywhere I had access to. I then proceeded to sit on all the couches under the guise of “chillin” and sneakily took out the tuna, opened the bags and slipped them underneath the couch cushions. I even found some vents that came out really easily and poured a bunch of tuna into each I found. Then I washed the shit out of my hands and went back to “partying”. I even rolled up some joints to smoke with his squad. I left the party laughing to myself figuring it would be a couple of days before I would start hearing about the results of my sabotage. About four days later all you could see on this assholes Instagram, Facebook and Twitter were comments about how gross his house was. He basically lived in a party house and had about five roommates so it was a big fiasco.

I know how spoiled milk on the carpet can get very horrible. I can’t imagine how a gallon of milk poured on the carpet around the house smelled. Also that tuna I put in the vents? Wow… I bet that was awful. I got to read about 30 comments about how sick the smell was at the house. It literally made my year. Oh yeah, I posted this Bigbadmoji on all his profiles the day I left with a detailed explanation on what and most importantly WHY it happened.

The moral of the story is to watch who you fuck with FUCK BOI!