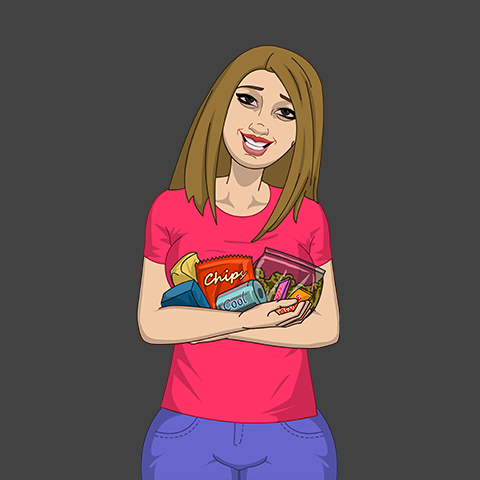 I don’t even smoke weed but once a year and run with a squad of total stoners. If there was a DD for high people, I would probably be it. A month ago we decided to go on a road trip to Vale and do some snowboarding. I volunteered to drive and we hit the road for a three hour drive to the lodge.

About 5 minutes into the trip, my girl Andrea sparked one up, I didn’t smoke at all as I was driving and, again, I don’t smoke much. They killed that joint and Stephanie sparked a blunt. They killed that shit and Jenny lit up another pre-rolled joint. I swear those girls were smoking for like 2 hours straight. Again, I didn’t partake. We stopped to get gas and I went inside to grab a drink while Andrea manned the pump.

I got back and they were like, “You’re high af girl!” I didn’t even think about it and looked down. I was holding what had to be five pounds of candy and beef jerky. Those chicks hotboxed the shit out of me and I didn’t even realize it. What a dumbass! Hotboxing is no joke!