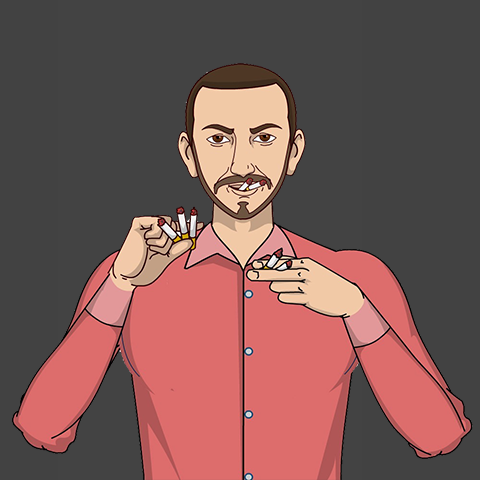 Last year I took a new job as a waiter at a sports bar in Gainesville during my junior yeah of college. I was broke and needed money to party and let loose as my classes were hard as fuck. As the semester progressed, my stress got worse and worse.

I had a buddy, Paulo, that was a waiter at the bar with me. He would take smoke breaks all the time and said it relaxed him. I never smoked before but it was a great excuse to step away from my tables and asshole drunk douches. So I picked up a small smoking habit. I found myself taking more and more smoke breaks. Not just at work, but during school, after meals, before bed, while partying, after sex. Before I knew it, I spending most of my tip money on cigs.

During finals week I was freaking out hard and couldn’t calm down. I took a smoke break by myself and decided, fuck it, and lit up 4 cigarettes at once for fun. Paulo saw me and snuck a pic on his cell and makes fun of me to this day for it. When I saw this Bigbagego I immediately sent it to him! Fuck you, Paulo haha