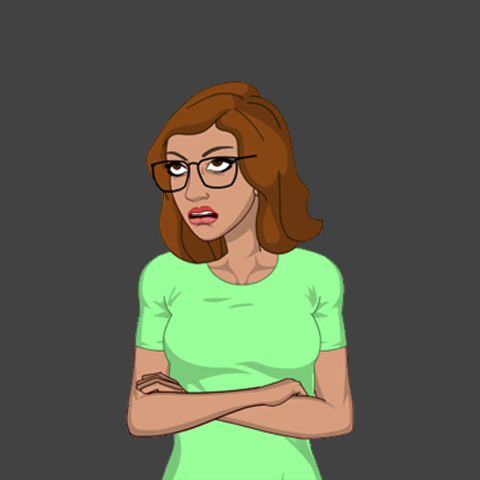 My day at work was terrible. It all started this morning as I’m getting off the elevator and start heading towards my office. Then I hear my manager calling my name, “Monica, Monica!” I turn around, and she asks me, “why are you not wearing something more professional, we have a meeting this morning.” Now I’m just standing there dumbfounded with no idea what to say. I told her, “I’m so sorry, I didn’t see that on my calendar for this morning.” She tells me, “It’s too late now; just meet me in the boardroom in 6 minutes.” As she leaves, I walk towards my assistant Frank. I asked Frank was he notified about this meeting previously. He told me, “Yes, I don’t know what happened. I scheduled the meeting in both of our calendars.” He showed me his calendar, and I saw the reminder for this meeting. I checked my calendar, and I did not see anything scheduled for today. I showed him my calendar, and he sits there like a deer in headlights and tells me, “I guess I forgot…my bad.”

Frank has been working as my assistant for a year and a half now. In the beginning, I cut him some slack because he was still new. Now, I can’t stand Frank’s stupidity and have considered firing him multiple times. The only reason he is still here is his uncle. Who happens to be one of the company executives. This idiot can get away with ANYTHING! The worst part is that I take the heat for his mistakes all the time. I genuinely believe my boss thinks I’m the problem when it’s Frank.

Then, I head towards the boardroom for the meeting. The meeting was with some potential clients. I’ve met these guys before and I can’t freakin stand them. I think one of them has a dead tooth in his mouth, and that is the cause of his awful breath. When I have the chance, I try offering him a mint, and he usually tells me, “no thanks, I don’t like mints.” I usually think to myself, “I don’t care if you like mints, you need a damn mint.” The other guy is this weird creep that sits there and stares at me. There have been multiple times I caught him staring at me, underdressing me with his eyes. I can’t stand being around this creep for too long without becoming nauseous. So from the very moment I walked in through those doors, I became sick to my stomach. The meeting was AWFUL. I was unprepared, I hated these two men, and I can feel my boss seething on the inside due to her disappointment in my performance. Once the meeting was over, my boss walked passed me without saying a single word.

Then, I walked to my office to have a few minutes to myself. I hear a knock on my door, and it’s my boss. I opened the door, and she hands me a huge stack of stupid paperwork I had to fill out before lunch.

After she left, my sister sent me a text to see how I was doing today. I sent her this graphic of my avatar with a text that said: “I’m so done.”